Editorial: IS IT A PYRAMID OR NOT?

The findings of Pyramids in Bosnian Valley didn not leave anyone calm. Volunteers from all over the world have come to help with revealing them. On the other hand, there is a group of people who claim unanimously that it is all fraud. What is the truth?

If we look at this matter from the point of view of official institutions, they have no doubts about it. The question is, do they have any possibility to have them? It is a relatively well-known fact, that archaeology is conservative and the whole research stands or falls on the support and grants, which might not come one day. There is only one thing left for the scientist then – his/her own brave opinion. Of course it is pretty enough, but not everyone is willing to undergo this process.

There are also the brave ones who proved that it is worth to go against the usual paradigm despite the possibility of endangering their personal existence (not only the professional side). Thanks to these brave people, ordinary people aren not considered as weirdos and don not get embarrassed in front of other people when starting a topic about the wrong timing of civilization (or rather civilizations!) development.

I am sure that many of you remember the revolutionary documentary ►"The Mystery of the Sphinx" by John Anthony West (1993); even NBC broadcast it. What happened then?

John Anthony West is an excellent Egyptologist without the official degree. Cases like this are perfect for critics and the "problem" with the theory not fitting in the traditional paradigm is "solved". But what if some respected scientist and university professor supports this theory? His name is Robert Schoch. This brave geologist definitely confirmed that Sphinx´s erosion wasn not caused by the wind but WATER. Therefore, it must have been exposed to the rain activity for a very long time. BUT, when was the last time it rained in Sahara?

This revelation proves that the date of Sphinx is origin moves back 9,000 years ago and according to the books there should not exist any developed civilization at that time! The lifelong effort of a very educated and enthusiastic man still has not been fully appreciated – ›› John Anthony West together with ›› Robert Schoch, inspired by ›› Schwaller de Lubicz proved, that the PREVIOUS DATING IS GOOD FOR NOTHING!

The list of discoveries and the materials related to it, so called ›› OOPART (Out-of-place artefacts; "things that should not exist in that time") is so extensive it could fill up entire books. And the process of finding new things still continues. But why is there still such an excitement about anything regarding pyramids?

The discovery in Bosna is unique, beyond question. ›› Sam Osmanagich proved an incredible thing – without any support. He spent his own savings and started a project with his supporters, which has no parallel in these parts. Who has ever heard that pyramids are in Europe? They have always been in Egypt and America, that is for sure!

But I do not want to deal with speculations over ‘Who wants to discredit the research of Dr. Osmanagich and why’? ►In his lecture in Bratislava he talks in detail about the obstacles he has to overcome; the video is available here.

Even Robert Schoch himself expressed objections to Bosnian pyramids. Statement of Erich von Däniken is also interesting and now it is also very discussed. Everything revolves around the question whether Visoko (and things related to it) IS or IS NOT of artificial origin. So here is the question: WHAT MAKES A PYRAMID A PYRAMID?

Anyone who from time to time browses ›› "THROUGH THE WINDOW" (in slovak language „CEZ OKNO“ – alternative internet portal with 10,500,000 visits) knows, ›› what unexpected connections appeared about pyramids over the last few years. The articles about exploring the real function and the possible use of a pyramid bring the biggest surprise. Is this the major issue?

›› The series of complex studies by Willem Witteveen partly follow the research of ›› Chris Dunn – SO NO CRYPTS! One thing is, that no one has ever found a buried body in there but mainly – do we really want to believe the fact that our ancient ancestors were vain megalomaniacs who wanted to become immortal through slave work of vassals?

So there is a question: When do we concentrate and connect power and means with a time-consuming work? When we are building something that will be good for everyone and will serve everyone in such extent and time that effort and means spent on it will multiply in return!

WHAT DO THE PYRAMIDS "KNOW"?

I do not even dare to fantasize about it. But I will ask one more time:

WHAT MAKES A PYRAMID A PYRAMID?

Shape of a pyramid is perfect – mathematics speaks clearly. ›› Thanks to the work of Samuel Laboy we know a lot more about it. Does it answer the question about the practical use of pyramids? Definitely not in a way everybody understands. But I am sure about one thing. I would concentrate on verifying "the functionality" when "determining the authenticity" rather than on the fact if we are dealing with completely artificial or partly natural creation which could be properly used without losing the essential thing – USEFULNESS!

Editorial: IS IT A PYRAMID OR NOT?

Editorial: WHAT IF IT´S TRUE??
Editorial: ACROSS THE TEMPLES OF EGYPT
►Exclusive Interview with Dr. Valery Uvarov 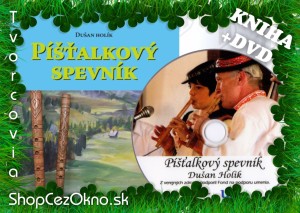