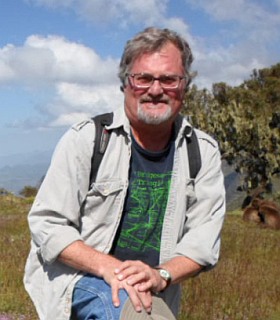 David Hatcher Childress, known as the real-life Indiana Jones to the many fans of his books, is the author or coauthor of over 20 books. He has traveled the world several times over, seeking adventure and the answers to the mysteries of mankind’s past. He is currently a co-star on the History Channel Show Ancient Aliens.

Born in France and raised in the mountains of Colorado and Montana, David’s curiosity about the world was piqued at a young age. He attended the University of Montana where his studies in oriental culture and philosophy led him to a job teaching English in Taiwan. In 1976, David left the United States on what would become a six-year research and adventure odyssey. During this time, he studied first-hand the ancient civilizations of Africa, the Middle East and China. David is known for visiting remote islands of the Pacific and Indian Oceans, organizing expeditions to remote areas of Peru and Bolivia, and trekking through remote areas of the Himalayas and other parts of Asia. His interests are mainly historical, archeological or cryptozoological. He is a good swimmer and a certified scuba diver and has a special interest in underwater archeological discoveries.

David has a wide scope of interests, and is a recognized expert not only on ancient civilizations and technology, but also on free energy, anti-gravity and UFOs. His books on these subjects include: The Anti-Gravity Handbook; Anti-Gravity & the World Grid; Anti-Gravity and the Unified Field; Extraterrestrial Archeology; A Hitchhikers Guide To Armageddon The Free-Energy Device Handbook, Man-Made UFOs, The Time Travel Handbook, Atlantis & the Power System of the Gods, Pirates and the Lost Templar Fleet, The Mystery of the Olmecs, Ark of God and others.

After more than 30 years of investigating these arcane subjects, David finds his unique views and ideas gaining popularity. He has appeared on Fox-TV’s Sightings and Encounters, two NBC-TV specials, The Conspiracy Zone, and segments for the Discovery Channel, A&E, The Sci-Fi Channel, The History Channel, The Travel Channel and others. He continues to explore, write and excite people about discovery through his magazine, World Explorer, and his publishing company, Adventures Unlimited Press. When not traveling, he divides his time between his homes in Illinois and Arizona.

Sokol: Mr. Childress, that´s incredible journey in search of the truth. How did it all start?

David H. Childress: I began by leaving the USA for Japan and Taiwan to teach English in 1976. After about 6 months in Taiwan I left with another American I met at the school I was teaching in and we went to Hong Kong, Thailand, Burma and Calcutta. From Calcutta we took a train to the Nepal border and then a bus to Kathmandu. I spent about 6 months in Nepal trekking and climbing and then journeyed across northern India to Pakistan, Afghanistan and Iran to Turkey. I then travelled to Syria, Jordan, Israel and eventually on to Greece and Egypt. I then travelled through Africa for two and a half years, before returning to Arabia and India.

Sokol: How to understand the idea, that in the distant past, there was world-wide energy system more sophisticated than ours today?

David H. Childress: Yes, I believe that there was a world-wide system of power that existed many thousands of years ago that was based on ›› Tesla’s wireless transmission of AC power. This system used obelisks and powerplants and pyramids that were producing a Maser-like microwave power, as outlined in ›› Christopher Dunn’s books. I discuss this in my books: ›› Technology of the Gods and ›› Atlantis & the Power System of the Gods.

Sokol: Atlantis and Lemuria, these are big themes. As they are today accepted theories on this topic? Has something changed compared to the past?

Sokol: ›› Serie "Lost Cities and Ancient Mysteries" is like a guide to travel around the world. At which places You want to focus on yet?

David H. Childress: There are still many places to visit, and I never get tired to going to South America, Southeast Asia, Africa, India, China, Tibet and everywhere. There are so many wonderful places to see and many mysteries yet to discover.

Sokol: Which of the „Technologies of the Gods“ is most amazing to You?

David H. Childress: I am particularly fascinated by megaliths, anti-gravity or levitation and obelisks. The building with gigantic blocks of granite, basalt and sandstone is still a mystery to all archeologists.

Sokol: ›› The Crystal Skulls – what is their Secret?

Sokol: Why the bizarre and fascinating ›› cranial deformations has been largely avoided by archeologists?

David H. Childress: Mainstream archeologists largely avoid the subject of cranial deformation because it is not only an unusual thing to do to children but it is also world-wide, in nearly every continent and including remote Pacific Islands. Because mainstream archeologists maintain that there is not a connection between cultures in Asia, the Americas, Africa, or even Europe and the Middle East, they avoid discussing cranial deformation because it would obviously connect these far-flung cultures and suggest that there was contact between them. No discussion of cranial deformation would advance the old concept of isolationism in archeology.

David H. Childress: ›› The Olmec are very mysterious and appear to be a very racially mixed group. Some Olmecs are very Chinese, while others are very African and still others are very European with thick beards and mustaches. The Olmecs controlled both the Pacific and Atlantic coasts of Mexico and Central America, many hundreds of years before ›› the Maya. Nearly all the things that we ascribe to the Mayan culture actually originated with the Olmecs.

Sokol: What can Your fans look forward to in the near future?

David H. Childress: I continue to travel around the world and look for lost cities and ancient mysteries. I also just finished a new season of the ›› History Channel show, ›› Ancient Aliens. I hope your readers are able to watch this show in their home countries. All the best to them and everyone who searches for the answers to our mysterious past!

Sokol: ›› Yes, of course. Thank You very much for interview. 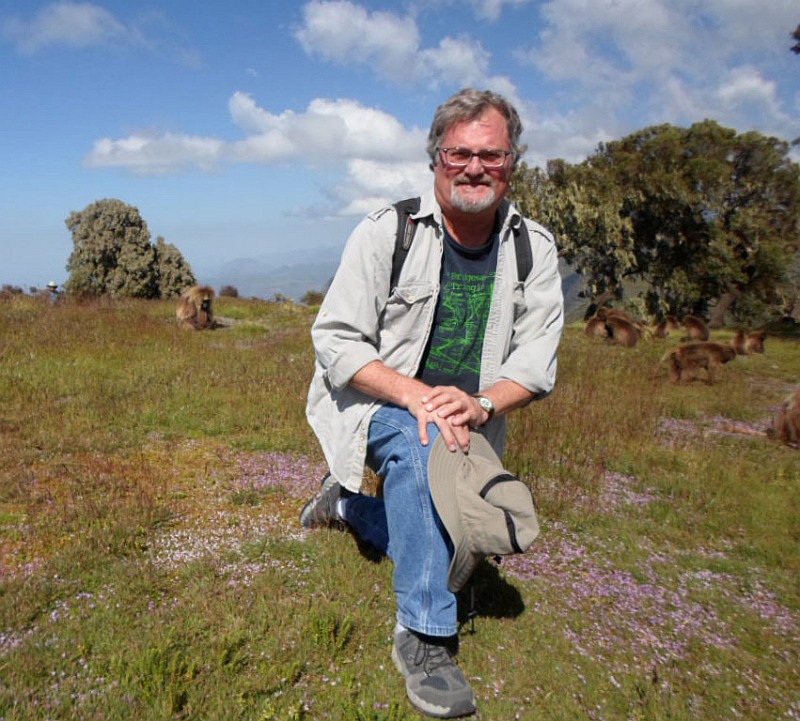 This Interview in slovak language
http://www.cez-okno.net/clanok/exkluzivny-rozhovor-s-davidom-h-childressom