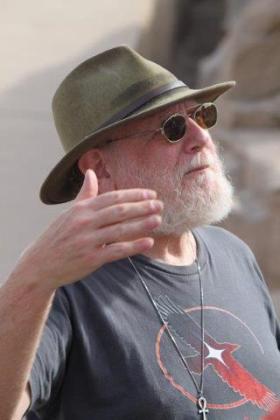 Stephen has written two books, The Land of Osiris (Adventures Unlimited Press, 2001) and From Light Into Darkness: The Evolution Of Religion In Ancient Egypt (Adventures Unlimited Press, 2005), based on his work and collaboration with Hakim and Stephen’s over 40 years of research in the area. Stephen is currently Director of Research of his own Land Of Osiris Research Project. He also leads tours to Egypt and is working on a third book based on his work with Hakim.

Mehler has researched the phenomenon of crystal skulls since 1979, especially those known as ancient crystal skulls. Mehler has experienced and tested four skulls that he has labeled ancient artifacts, has seen as many as nine that could fit that category, and was able to work with Dr. Marcel Vogel and F.R. ‘Nick’ Nocerino. Stephen has written a book on the subject with David Hatcher Childress, The Crystal Skulls: Astonishing Portals To Man’s Past (Adventures Unlimited Press, 2008).

Motto: "Therefore, what I study and teach is Khemitology, not Egyptology. This is a beginning paradigm for the presentation of a whole new discipline, based on the teachings of indigenous wisdom keepers, not Greco-Roman historians as espoused by academic Egyptology."
Stephen Mehler

Sokol: Mr. Mehler, if the layman asked the question: "Why teachings of indigenous wisdom keepers, and why not Greco-Roman historians?" What would you advise him first?

Stephen Mehler: The answer to this question is full explored in my first book, "The Land of Osiris"... The Greeks and Romans came to Egypt and imposed their own world and social views on the Egyptians; namely they only "saw" Kings and their sons as the social structure and key to the civilization – this became the discipline of Egyptology... we follow the teachings of the indigenous people themselves handed down for generations in oral traditions... these traditions state the civilization was predominantly Matriarchal; descent went from mother to daughter, the system was Theocracy, not monarchy – and pyramids were machines not tombs and the ancient civilization was tens of thousands of years older than recognized – this is Khemitology...

Sokol: In your great book "The Land of Osiris" (I have it at home) you also deal with the topic of Atlantis and extraterrestrial issues. Official science has a problem with both. What is the view of Khemitology?

Sokol: Renowned Indigenous Wisdom Keeper, Abd’el Hakim Awyan was fascinated by the evidence left behind by the sophisticated civilization that lived in Khemit from 10,000 to 65,000 years or more ago. Can you tell us more about them?

Stephen Mehler: Ancient Khemit was an indigenous civilization centered in Africa but was composed of 42 tribes from Africa, Asia and Europe. All races of people were part of the 42 tribes... the evidence left by them are the stone masonry pyramids and temples made form limestone, calcite, basalt, diorite and granite – and the Sphinx which is dated by us as being over 50,000 years old. The oral tradition brought forth by Abd'El Hakim Awyan is that the cycles determined what and when structures were built over 10,000 years ago. The ancient Khemitians drilled ►the tunnels in order to transport water to the Nile Valley – water was the source of the energy for the pyramids – tunnels later modified into tombs in "dynastic" times...

Sokol: The tomb was "Per-Ka", indigenous tradition use the interpretation "House of the Physical Projection". The funerary equipment and ushabti... was it always, or is it just the "invention" of dynastic Egypt?

Stephen Mehler: Good question... the concept of "death" was unknown in very ancient Khemit – there was no word for it in their language... all later inventions of the early clergy; the idea of "resurrection"; being able to come back to a preserved body led to the practice of mummification, and the creation of the tomb – Per-Ka – to protect the body... the temple (Per-Ba) also later created in the process of early religion...

Sokol: More has been written about Akhenaten. What people usually do not know about this great person of ancient Egyptian history?

Stephen Mehler: There are things attributed to Akhenaten – both from those who revile him and from those who honor him – that are patently false... he did NOT "invent" monotheism or the Aten teachings but wished to return to the previous cycle when there was no religion or priesthoods... and he was not a "homosexual" or pacifist as some have claimed... but certainly a mystic; more concerned with spiritual than material matters... but his connections to Judaism and the Rosicrucian teachings cannot be denied...

Sokol: At present, the theme of ancient multidimensional gates is very popular. Is there a serious explanation for this topic? Somehow related to the facts of the Crystal Skulls?

Stephen Mehler: There is the belief that there are interdimensional portals at the sacred sites – while certainly possible, this is a very subjective belief... ›› not to discuss crystal skulls here...

Sokol: Many people are interested in the pyramids today, can you advice someone who is serious about this topic?

Stephen Mehler: Many books articles, and films on pyramids... most, however,do not fully cover the subject... I only recommend mine and ›› Chris Dunn's books on the subject... pyramids were not tombs but energy devices...

Sokol: Who really knows something about Ancient Knowledge? What books are great? Where to go?

Stephen Mehler: ›› MY books, of course... but very little has been written that is true ancient knowledge and wisdom... most books about ancient Egypt are mainly either "aliens" or "Annunaki" – but very little about the ancient peoples themselves...

Sokol: In your opinion, it's time for a paradigm shift?

Stephen Mehler: Not only is it TIME for a paradigm shift – but has been going on for the last 50 years... fresh, new minds need to give academia new perspectives and theories... humans have been on this planet much longer than is recognized and many civilizations has risen and fallen over the true history of humanity...

Sokol: When does the New Year in ancient Kemit begin, which are the most important holidays and how to celebrate them correctly?

Stephen Mehler: The very ancient Khemitians did not have calendars so we cannot know their "feast" days and celebrations... the "Dynastic" peoples used, at least, four different calendars and all different feast days... one New Years was around July 23 and corresponded to the cyclical rising of Sirius and was celebrated with five days of feasting... another was around March 21st and the Vernal Equinox... many feast days and have been written about by Egyptologists...

Sokol: Thank You very much for interview. All true fans of Ancient Egypt are invited to your ›› Sept 2018 tour! 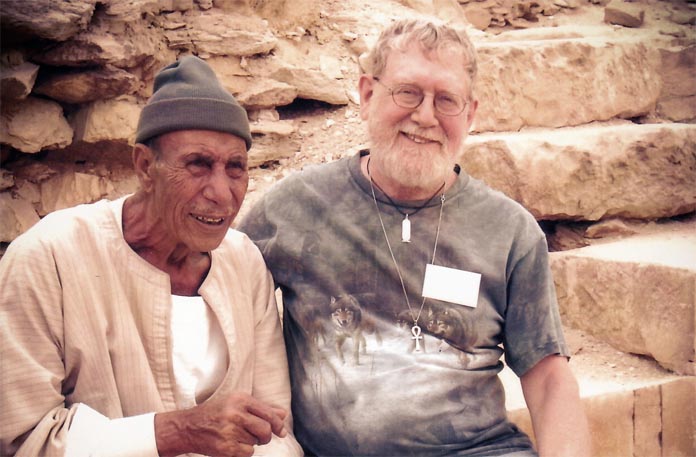 This Interview in slovak language
http://www.cez-okno.net/clanok/exkluzivny-rozhovor-so-stephenom-mehlerom